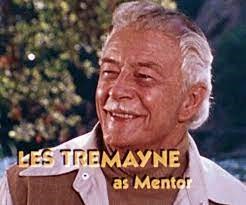 The first time I remember seeing the word “mentor” was watching a Saturday morning kids show called Shazam! in the 1970s. The actor who portrayed the character Mentor, Les Tremayne, was actually a pretty amazing figure, renowned for his work in radio, movies, and television.

To celebrate National Mentoring Day let me thank those who I would call my mentors:

Mom, dad, and some others I’ve known.

Geoffrey, Aaron, another Keith, and Alan

And Tom that one time… but really good advice.

Pretty much everybody I’ve worked with at Dominican

I hope I didn’t leave anyone out.

And I hate to say it… but as for a handful of my past bosses, I’ll help others by doing just the opposite of what the bosses did for me.

We all need a mentor, someone who in some area of our lives, has seen what we have yet to see… or sees something that we don’t realize is right in front of us.

Your mentor might be right in front of you, too.