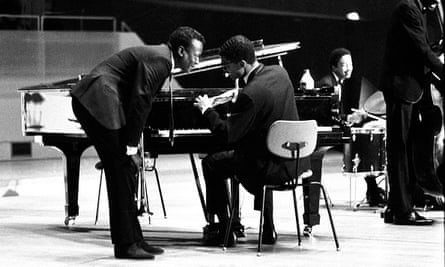 Who says TikTok is an incredible time-suck that just harvests all of our personal data, anyway?

Okay, since we agree, let me tell you about an interview I saw on TikTok with music legend Herbie Hancock, who played with the incomparable Miles Davis.

From that interview and a little additional research, I picked up some inspiring advice to share with you:

Per Herbie Hancock: “(Miles) said ‘I don’t pay you to just play to get applause.’ He told us he paid us to experiment on stage. He said: ‘I want you to try new things, brand new stuff.’”

Hancock continued: “I told him, what about the audience then? He said ‘Don’t worry about it. I got the audience.’”

Hancock spoke of making a mistake, playing the wrong chord, and in response Davis “played some notes that made my chord right…. Miles didn’t hear it as a mistake. He heard it as… part of the reality of what was happening at that moment. And he dealt with it”

According to Davis, “When you hit a wrong note, it’s the next note that you play that determines if it’s good or bad.”

I’m not a bad musician myself… I’m not a musician at all. But I recognize wisdom when I hear it, even from another era or another area of expertise.

Let’s learn from these geniuses. What do you think?