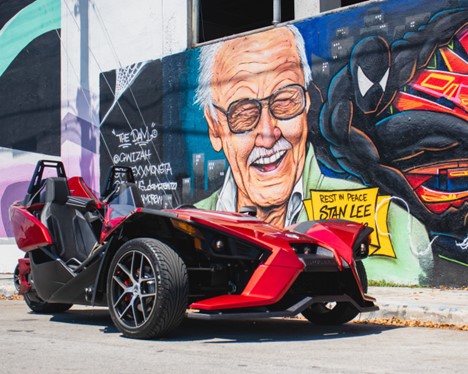 Taking a quick but crucial break from describing the BRIGHT model of goalsetting.

From the time I was 9 until I graduated from high school, comic books meant everything to me.  And I bought them. I ended up with quite a little collection, a few thousand books, some worth quite a bit, protected in Mylar bags. And I sold just about all of them in 1986, to help pay the bills that any newlywed couple, both in grad school, have to pay.

Stan Lee made just about every Marvel hero you’ve seen and while he didn’t do it alone, it could not have happened without him. His collaborators were also magnificent creators and storytellers and certainly never received as much credit as they deserved.

I’ve searched for a definitive Stan Lee biography without success but it’s pretty common knowledge that Stan Lee was human and his self-promotion bordered on insufferable.

He was the mentor I never met.

When you read my words, and also are aggravated by my almost always alliterative headline hollerings, admire or avoid my sense of humor, that was all formed from reading the stories that Stan Lee wrote or inspired.

One of my older daughter’s most prized memories is meeting Stan the Man himself at a comic book convention. As she waited in line, getting closer to the table, she called me on her phone. As she stepped up to Stan Lee, she shoved the phone in his face and asked him to say “hello” to her dad. And he did. We spoke for several minutes.

If he knew that I sold almost my entire comic book collection to help pay the bills he’d probably say something like “that’s the way the cookie crumbles, effendi!”

Stan Lee, through his medium, was a crusader for equality, against bigotry and racism, against drug abuse and classism and crooked politicians back in the 1960s and 1970s. This is true and I think his stories about the little guys, the marginalized and disadvantaged also had an effect on me.

So happy birthday to the late, great Stan Lee. From the way I talk to the way I think and act, thank you. If I can even come anywhere close to my BRIGHT career goal of being “The Stan Lee of College Professors, I will be proud. Thank you for everything you’ve given me.