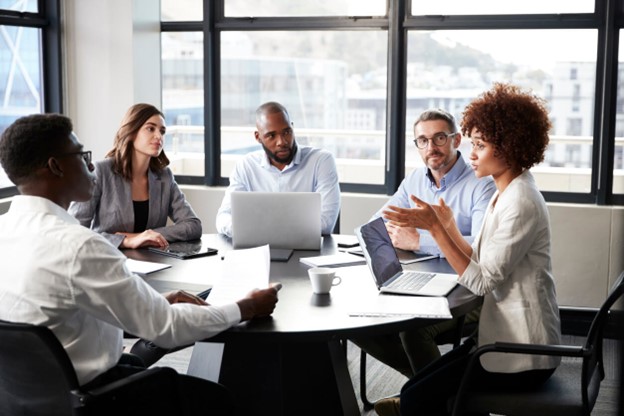 My career was stalled and I couldn’t find any traction. I didn’t know what to do to move forward. I asked my boss what he thought might be holding me back and he told me that I needed to speak up more at meetings.

“But what if I don’t have anything to say?”

He replied “I don’t know. That’s your problem.”

We’ve all been to meetings where somebody is talking too much, for no good reason, not adding anything. Well, I didn’t want to be that or do that.

We’ve also been to meetings where it’s just a monologue, something that could have been communicated in some other way without wasting everybody’s time. In some meetings, nobody else is really expected to talk.

I also learned of the acronym WAIT, or “Why Am I Talking, a good thing to ask yourself if you are thinking about adding something to the conversation. What are you adding?

But that wouldn’t have helped younger me. Instead, I was just told I should talk more.

So here’s another acronym: WISH.

Why ’m I sitting here?

That would have been a better answer from my boss.

If you are at a meeting or in a classroom, there is a reason. Your presence is desired, your opinion matters. You are needed.

Maybe the reason you were invited is not explicitly stated. To quote my old boss, “figure it out.” Know that you have something to add and don’t be afraid to add it.