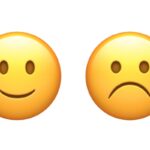 The other day I was talking to a friend about the turnover he was experiencing in his department. He mentioned that he had the opportunity to conduct exit interviews with many of them but wasn’t really learning anything useful from them. And it was hard to find new people.

We’ve seen this before, haven’t we? And we’ve heard the wisdom that people don’t leave their jobs as much as they leave their bad boss or their wrong culture. But my friend wasn’t a bad boss (as far as I could tell) and the culture wasn’t toxic (also as far as I could tell). Yet, if this wisdom is indeed wise, what would motivate a person who is on their way out the door to tell their boss or HR rep anything useful?

We thought about the value of focusing not on the people leaving, but on the people staying. Why are you still here? And furthermore, by talking to the people who haven’t left, we could get a sense of who might be thinking about leaving. We could also learn about the people who are still here but mostly due to inertia, a kind of spurious loyalty that can lead to the exit ramp soon as an opportunity becomes available.

And, importantly, who is still here because they want to be here. They like it here. Maybe they love it here and we want to know what they love. Maybe they know other people like them who would also love it here and lead to an even more cohesive culture. And maybe things aren’t perfect, but if we show the people who stay a little more love, they’ll tell us how we can lead them to love us even more.

So don’t forget the members of your team who are still with you.

One of my favorite old jokes is one I first read when I was much younger. Maybe you’ve heard this one before: Two campers are in their sleeping bags in the tent they share,…

Did you know that I taught my first marketing class just over 25 years ago? It’s true! As a doctoral student at the University of Michigan (Go Blue!) I worked with two faculty members and…

When somebody offers you their time or wisdom or any other resource, recognize this, that a gift is being shared with you. Now, it’s true that your benefactor might be gaining something of value in…

I carry a binder around with me at work and inside this binder is a piece of paper listing what I call my “No BS Hall of Fame.” Enshrined in this hallowed Hall are the…

Which fights are the ones worth fighting? Call this one a title bout, because it’s about a title. One function of a job title is to provide clarity, to oneself and to others, about the…

Our new semester is underway and at our first meeting I asked my undergrad class of Intro to Marketing students to tell me what is in this picture: As you might expect, the answers included…