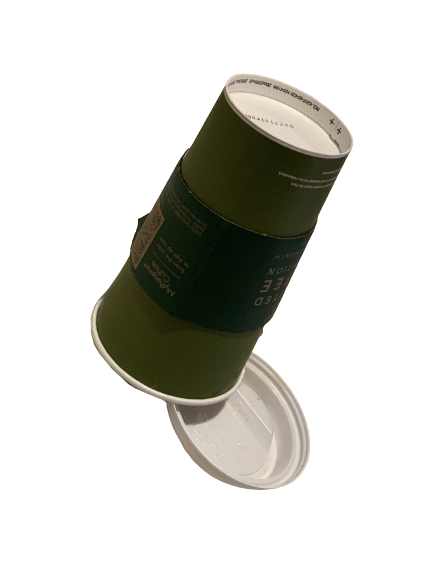 Let me tell you about my lucky cup.

A while back my wife and I were in a coffee shop before she had to work her shift. Time’s up. She had to go to work, and I had to go to my office for a bunch of meetings. The coffee shop was near her workplace and about halfway between mine and home.

I refilled her cup with boiling hot water for her tea, then I topped off my cup with coffee. Grabbed our newspapers, crossword puzzles, books, keys, purses, lunch bag, etc. We travel heavy. My hands were full as we walked back to our cars.

My wife opened up her car and got in, taking her purse, lunch bag, newspapers, and leaving me with just my keys and my coffee.

Back to my car.

Just fell out of my hand.

The cup emptied sixteen ounces of steaming hot fury all over the driver’s seat.

Since I’ve raised three kids in a long series of minivans (let’s see… Big Red, Blackie, Silvy, Truffles, and now Harvey Dent) dating back to 1992, I’m long past worrying about spilled food in the car. If I ever was. Knowing me, probably not.

Sixteen ounces of hot coffee poured all over my seat.

Hardly any on the carpeting… it just kind of pooled on the chair.

And not a drop on me.

I stepped back and stared at my car seat.

Wow. What a mess.

And not a drop on me.

I closed the car door and returned inside the coffee shop. I grabbed what could conservatively be called “a ton of napkins” and soaked up all that coffee. Back in one more time for a refill. Two hands, this time.

Back in the car, I enjoyed my coffee and the ambient coffee aroma as I drove to my meetings. In my dry pants.

That really could have been worse. It wasn’t great, but all I could think of was how dry my clothes were.

I carried that cup with me all day long, from meeting to meeting, even after I had finished the coffee. Proudly, I showed off my lucky cup.

It’s easy to see the negative in a situation like that. I mean, I sure didn’t help whatever trade-in value the car had. And I really don’t like being clumsy either; it’s just not that cute.

So this was my lucky cup. I no longer have the cup, I threw it away after a few days of quiet admiration.

Can  you see the positive in whatever’s happening to you? You know the old saying, when a door closes a window opens, or something like that?

How about when one cup of coffee spills, another pair of pants stays dry?

It could be worse, so look for the opportunities in front of you, even if you didn’t expect them. There’s something there for you.