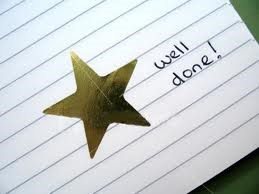 Do you believe in “Fake it ‘til you Make It”?

You probably have heard that phrase, and it seems like a positive approach, doesn’t it?

But it’s the “fake it” part that we need to look at more closely.

And You’ll See It.

When I first wrote that, I thought of using the term “Be It and THEY’LL See It.”

But that’s about the same thing as Fake It ‘til You Make It. Both suggest that there’s a level of deception involved. Like you’re trying to trick someone. Even yourself. That’s no way to move through your life.

The most important person you really need to convince is yourself.

Sure, we all need outside validation to some extent. We want to be recognized for what we do.

Sometimes we want the praise, the rewards, the badges, the gold stars, for what we have become.

But the first person we have to convince is ourselves.

Once you decide that you are going to be what you want to be, that’s what you are.

That’s the only way to think about it, to do the work, make the effort to become better at it.

I hope you can go back through this little essay and replace the word “it” with whatever you want to become.

Decide to be just that. And please give yourself time to get there.

What are you going to be?

And You’ll See It.

And that’s what really matters.