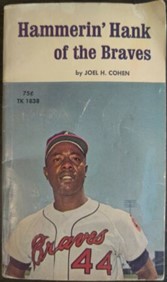 I’ve shared this thought before but the timing seems right…not just because of last Thursday’s Bear’s game but because the message bears repeating.

To my friends in DC and fans of the Football Team Formerly Known as the Washington Football Team, what do you think?

For timely comparison, I like the Cleveland Guardians baseball team name a lot.

And like my feelings about the Cleveland team’s new name, the best thing about Washington’s new name is that the old name and logo had to go. Really go. Far away.

If it’s appropriation… if it’s insulting… if it hurts somebody… what’s the debate?

(And hey, Atlanta Braves… become the Atlanta Hammers and I can be proud of my first little league team’s name once again)

Now you might say, “Dave, what about the Chicago Blackhawks?”

Up until recently, I’d say “but that’s different” without really knowing why. Maybe because I’m such a big Hawks fan, thinking they could do no wrong.

Never mind the standings; you don’t have to dig too deep into a Google search to know that they can do wrong, beyond the logo and name. Especially recently. Let the organizational detoxification continue.

Washington! You’ve still got your team and a better name. (Some toxicity remains, though).

And you defeated my beloved Bears.

What do you think? See you tomorrow!