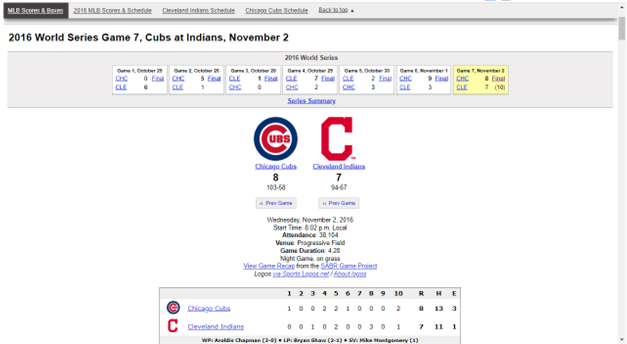 You might want to stand up for this one.

I’m a native Chicagoan, lived in the city or the suburbs for 80% of my life.

Did a few great things during the 12 years out of Chicagoland. Got married. Three beautiful children. A graduate degree or two.

Just before I left, the Chicago Bears won the Super Bowl.

Shortly after I got back (well, 12 years after), the Chicago Blackhawks won the first of their three most recent championships.

Today is the sixth anniversary of the Cubs winning the World Series (Central time. The Eastern time anniversary is tomorrow).

I’m so glad I got to experience this with my family and friends, near and far.

But the good flavor lasts.

Find a way to make today a great day.